What if you needed something different, something lurid and wicked, to spark your imagination? What if the same old same old stopped turning you on? What if you wanted to know more than an anonymous photo or video upload could tell you? What if there was a way to get a taste of delicious depravity, perverse passions, and tawdry temptation for free?

You're in the right place. Explore free short stories, excerpts, audio clips, and promotional videos from Cherish Desire. Fair warning: our erotica may be too big for one-handed fun.

Can you handle a second orgasm? Download free erotica and corrupt your fantasies. 10 stories of brazen taboos and fetishes won't stop until you are breathless and broken. Will you risk downloading Free Orgasms Volume 2 and spend your evening gasping for release, or will you pace yourself to stretch out the pleasure of one story after another from the Free Erotica Series?

Is the third time a charm? Free downloads from the latest Very Dirty Stories erotica titles will lead you to the slippery slope of desire and deviancy. Get a headstart downloading Free Erotica Series titles that will appear in the next Free Orgasms release!

Have you wondered if Kindle Unlimited and Amazon Prime are worth it? Prove it to yourself with a free download of something pervy to spice up your Kindle! 10 hand selected stories featuring bold intimacy and corrupt fetishes await for your pleasure. Download Free Orgasms Unlimited Exclusive Release and do some one handed reading while wetting your fingers!

What would your Cherish Desire montage sound like? Listen to our trailers and enjoy free downloads of narrated pervy stories on SoundCloud!

Read along while listening to select narrated Cherish Desire stories. Discover trailers for our new releases and enjoy free downloads on YouTube!

Read samples from Cherish Desire stories and learn more about your favorite characters with free excerpts and backstories. 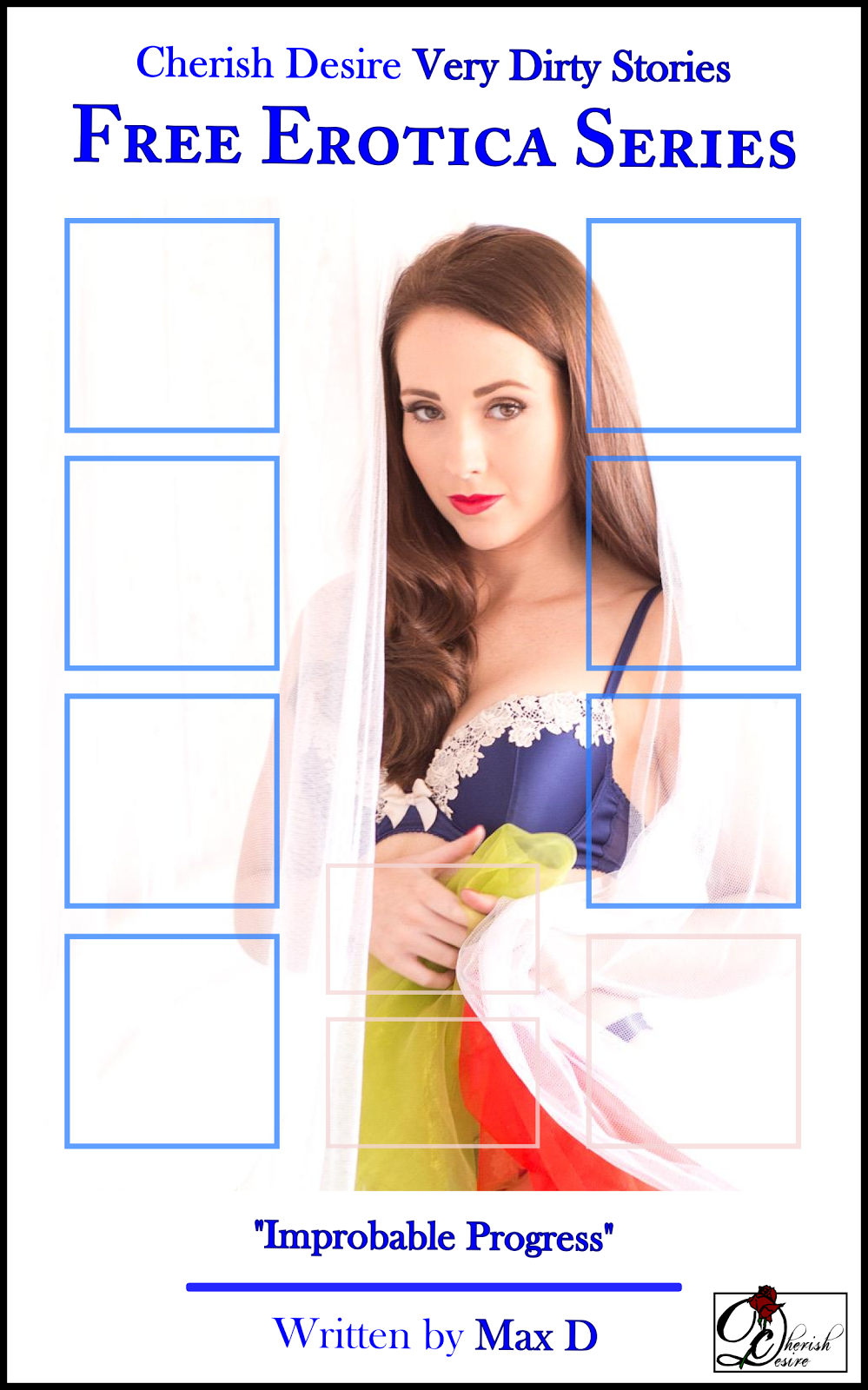 
Enjoy "Improbable Progress" from the Journal Of The Wulfwritten by Max D for free! Read online, download the PDF, or download eReader formats on Smashwords right now! 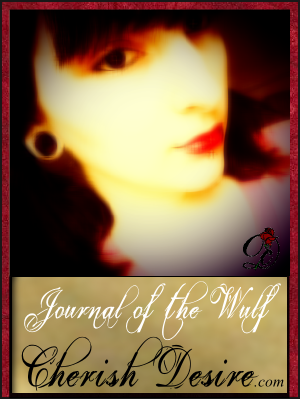 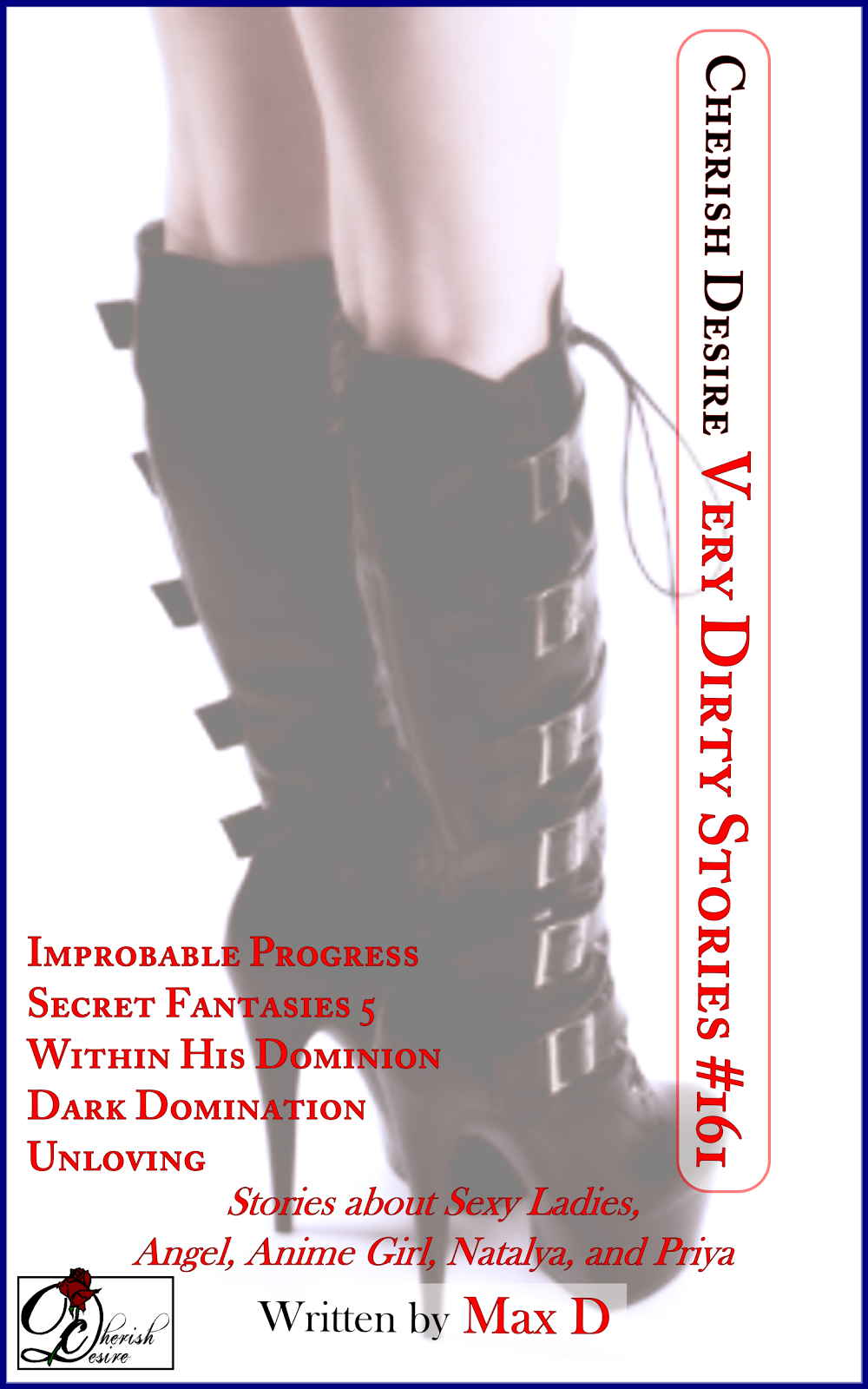 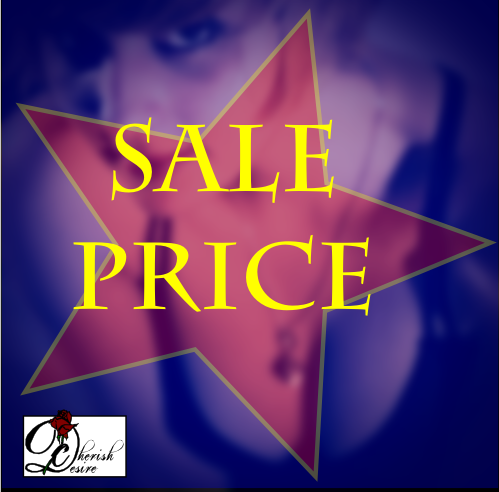 With her knees drawn back to her chest, her tattoos and the pale skin of her pussy on display, his improbable lady whispered, "So you want to see my progress so far?" Her voice hummed with eager lust, and her abdomen moved with her soft laughter as she hefted her heavy ridged Bad Dragon dildo into place. The massive shaft required both her hands to steady it, and the entire length didn't fit within the focus of the camera lens. "I've been working all afternoon to show you this," she murmured with a sultry sigh. "Fucking my poor pussy over and over again is such hard work."


This wasn't the first thing she had shared with him, but it was the most significant. There were promises - made to him and made to herself - and this video put those in context. The camera was positioned on a tripod at the end of her bed so he could see her face. The lens was focused directly on her pelvis, but, to the side of the articulated fantasy cock that she was pushing into her pussy, he would be able to read her expression while she was propped up on her sky blue pillows and her dyed red hair stuck to her forehead as she worked up a sweat. The sweet Sparky stuffed animal that he'd given her for Winter Solstice was beside her shoulder and rocked with the motion of her mattress. Lips pressed together, pink tip of her tongue occasionally darting out to scavenge for moisture, she wanted him to understand how willing she was to go even further than he expected. She wanted him to see her intense dedication and pleasure. She wanted to prove to him that his reduced expectations could be raised.


Kissing the words to him as she felt the dildo's thickening shaft muscling aside her soft lips, she whispered, "You've wanted to see this for so long..." Her eyes were squeezed shut and her thighs trembled on the edges of the frame. "It goes... deeper... every night." She wanted him to understand. This was not a one time event. "And my Crackers and Nox are even bigger..." She needed him to know that she was looking forward to more and not just settling for the textured delights of the ridged Nova. With two-thirds of the shaft pressed into her sex, she held the base in place with a firm grip and began rocking the big dildo from side to side. "So I have to keep stretching..."


The head of the sex toy was deep under her navel, and every motion of the shaft was tugging and stroking her inner walls. Gasping whenever the silicon brushed into a sore spot and moaning as her pussy clenched down and tried to milk the big unnatural cock, she tried hard to stay in place despite the urge to writhe and twist. The tape on her duvet marked where she had to keep her hips so he could see what she wanted to show him, but her orgasm didn't care. Arching her back and squeezing her thighs together around the massive dark blue base, she uttered a string of curses and prayers to fantastic gods and goddesses while her body tried to thrust upward into the cock within her sex.


The camera was slightly off center so her light panting could be seen in the rapid rise and fall of her belly and chest. Her breasts were still shuddering from minor aftershocks. Her skin glowed with perspiration. But what she wanted him to focus on was still clearly visible. The soft furls of her labia edged her open sex, the pale skin rosy and pink on the outer edges and then a deeper bright red within. Her muscles were already squeezing her sex closed, pushing the pulsating velvet walls together, but the uneven ring of her opening was still spread apart. She let the Nova drop from her hands and it struck the floor with a thud as her pale fingers caressed her labia and toyed with her petite clitoris. "Eight orgasms today," she sighed as the camera captured the intimacy of how she delicately manipulated her aroused labia. "I have all weekend to keep going." Her body shook when her fingers pinched her clit and squeezed the tender nub tightly. "I'm almost taking his knot... so time to practice with my Nox and Crackers next." He could look up the measurements. She was too tired to spit out a string of numbers that seemed so abstract compared to the intense swelling and bruising within her pelvis.


Breathing slowly while still exploring the lingering tingling within her pussy with two fingers dragging over the soft folds that no longer closed over her opening, she opened her eyes and smiled for him. It was a heady achievement, and she was utterly spent. "I told you I wasn't going to let you down." With a blown kiss, she carefully pressed three and then four fingers into her sex. "If I could comfortably bend my wrist then I'm sure this bit would already be done." Laughing with a mad grin, she got up and turned off the camera. The last words on the video clip were spoken while the camera captured blurry images of the tattoos on her abdomen. "Now if you could convince me that it wouldn't hurt so much then maybe I'd ask you to help with my bottom."


Risk taker? Affection is the comforting kiss to ease the pain.

Journal Of The Wulf
What mistakes did you make along the way?

It was the single greatest gift that her father passed down to her. His exploration of the world - the familiar and the unexpected - as well as notes on the various entities that he encountered was intended to provide her with a guide and protection. Safeguarded by Andrea and Alexi until she was old enough to face the eldritch horrors that her father stumbled across and mature enough to understand the perversions of his experiences in context, these journal stories are fragments of Tom and Ronin’s mistakes, experiments, and exploration of faith. The wulf never understood humanity, so he wrote down everything that might give his family a chance to survive amongst the primates and their passions.

Catch up with her last story!


Plunge into her next story!


Need more? Read all the stories in our Featured Title!

"Within His Dominion (An Annie Story)"

Thank you for your support.

We're story tellers. We're driven by passion. We're willing to stare into the abyss to see if there are sexy ideas waiting for us in the darkness. We're motivated by the idea that we - all of us - could be more, could be greater, and could be amazing by embracing our connection to one another. We're realists, too, and we know that conflict and confrontation are as likely as comfort and cuddling.

Most importantly, we're sharing our experiences with you. Because we enjoy corrupting feeding your fantasies.

All pages and images copyright ©2018 Cherish Desire unless otherwise noted.
All rights reserved. Duplication or distribution of this media is forbidden except with express permission.
Created By SoraTemplates & Blogger Template